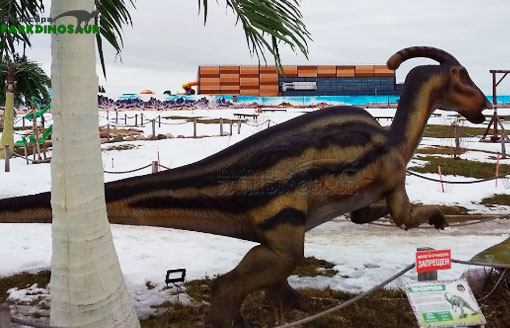 Stegosaurus is a kind of very huge dinosaur. The length of the adult stegosaurus is about 12 meters, height 7 meters and weight 4 tons. They belong to the class Stegosaurus of the Ornithoptera. It has plate-shaped bones on their backs and long spines at the tip of their tails. They are one of the most well-known dinosaurs. The giant stegosaurus lived in the Late Jurassic and Early Cretaceous. It is a typical herbivorous dinosaur. The food it eats includes moss, ferns, wood thieves, cycas, cypress, and some fruits.

They are thought to live on the plains and live in groups with nomads like herbivores. Stegosaurus is also a large number of famous dinosaurs in the Jurassic Period. The biggest feature in appearance is that there is a whole row of triangular bone plates on the back and four spikes on the tail, and a dangerous tail with four spikes to defend against predators.
The giant stegosaurus has a very small head, and its brain capacity is even smaller than that of a puppy. 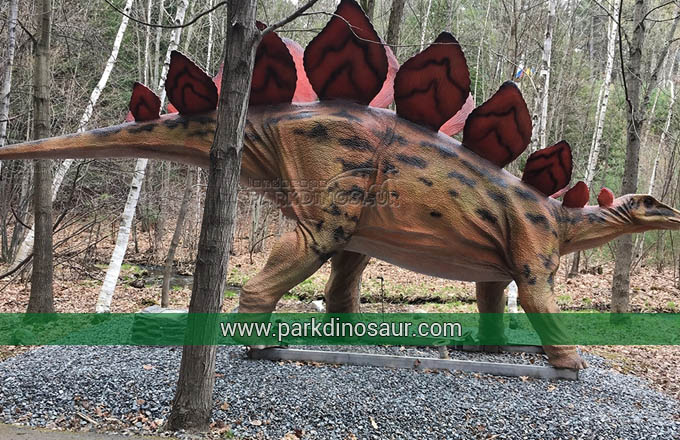 So scientists think they are a very stupid dinosaur. The total length is 7 meters. If the height of the bone plate is counted, the height can reach 3.5 meters. Stegosaurus lives mainly in Asia, and is also found in North America, Europe, and East Africa.
Stegosaurus was first named by Osnil Charles Marsh in 1877.