Spinosaurus is the largest carnivorous dinosaur currently known, even larger than Tyrannosaurus and Shark-toothed Dragons, but slightly smaller than the southern giant dragon; 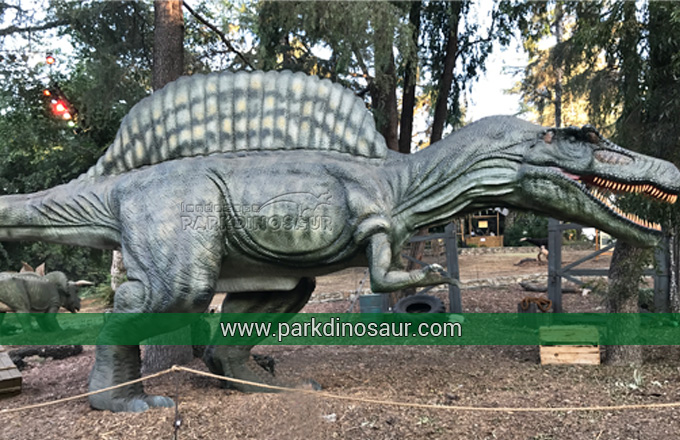 Spinosaurus is famous for its size, the sail on its back and slender skulls; most of the understanding of spinosaurus comes from destroyed fossils, and a few recently discovered teeth and skull bones. One of the long skulls, estimated to be about 1.75 meters long. The nose is covered with vertebral teeth, which lack jagged teeth, similar to other spinosaurus dinosaurs. The structure of the skull is similar to that of heavy-clawed dragons, with relatively few teeth. Spinosaurus may have the habit of hunting fish, and even hunt other dinosaurs. Spinosaurus has a small protrusion in front of its eyes. 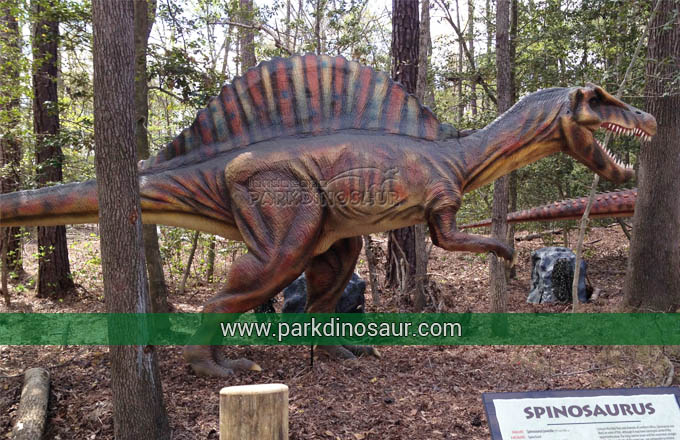 Spinosaurus’ sail is made up of very tall neural spines that extend from the spine of the back. These spines are about 7 to 11 times longer than the spine. The length of these nerve spines is relatively consistent, but the length of the nerve spines of Panosaurus and Heterodontosaurus has changed on a large scale, forming a semilunar sail.
The purpose of sails is divergent. There is a saying that male spinosaurus will show off their sails when fighting for a spouse. Whoever has the largest sail can win a spouse. And there is also another saying that spinosaurus sail absorbs the heat of the sun.
Use the sail to absorb the heat of the sun, so that the blood in the body warms up faster, the body's blood temperature increases, and the body's flexibility increases. The spinosaurus will attack other dinosaurs before the blood temperature of the body has risen.