What is the animatronic dinosaur statue?
Nov. 25,2020
The animatronic dinosaur statues are copied by modern technology based on computer-recovered pictures of dinosaur fossils which are prehistoric monsters from the Jurassic and Cretaceous periods. These monsters were extinct about 65 million years ago.
view more
Popular Dinosaur Species
Realistic Animatronic Dinosaur Tyrannosaurus
2021-10-12 11:08:00
Tyrannosaurus has appeared in many movies, such as King Kong, Jurassic Park series, Ice Age, etc., is one of the most popular dinosaurs.
Tyrannosaurus rex lived at the end of the Cretaceous Period, about 68.5 million to 65 million years ago. It is the largest species in the Tyrannosaurus family. The body length is about 11.5-14.7 meters. Most of our customers like the simulated Tyrannosaurus rex in length from 12 meters to 15 meters, and some customers have made 15-meter Tyrannosaurus rex in order to highlight the size and ferocity of the Tyrannosaurus.

In order to restore the fidelity of Tyrannosaurus rex, TheTyrannosaurus rex can be made with movements such as  head left and right, mouth open and sound, forelegs move, tail swing, the following is the details of the latest realistic Tyrannosaurus made by us. 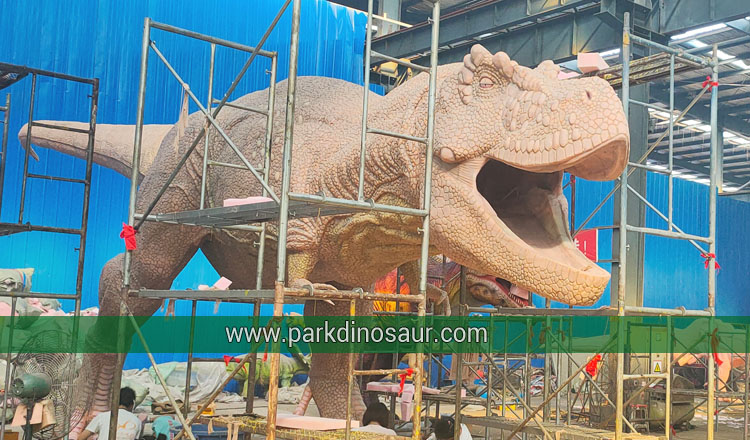 Video to show the movements: